“Be yourself, everyone else is already taken.” Oscar Wilde

O you with your passionate shriek for the rights of an equal humanity,

How often your Re-volution has proven but E-volution

Roll’d again back on itself in the tides of civic insanity! 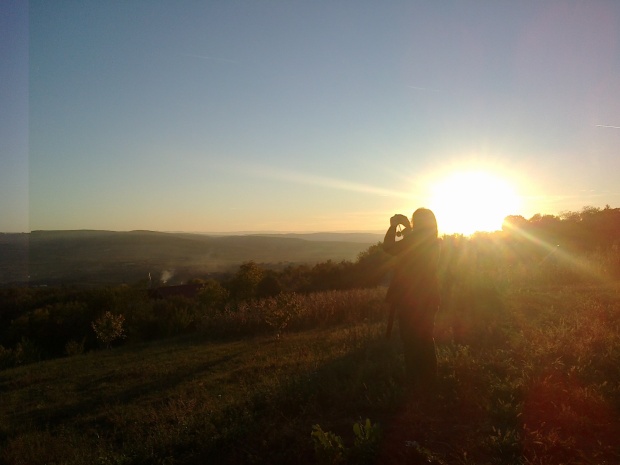 I am thankful today for the gloomy or sunny, peaceful or loud, obscure or pretty, but always blessed Sunday mornings,

Someone not long ago (I guess it was in response to the Edward Snowden scandal) asked me what do I honor more – my freedom or my safety?

I had to think about it for a second – safety is my weekness, but then I smiled and said with an unshakable certainty: freedom.

This dilemma is perfectly depicted in Aesop’s fable, that was re-written by La Fontaine in poetry. I know La Fontaine’s version better, and I thought I’ll try to do a rough translation, – not because there aren’t enough already, but because I can, so why not? It couldn’t hurt. Here it is:

The Wolf was nothing but skin and bones,

(the dogs were so diligently warding the sheep),

when he met a fatty Dog with sad groans.

It was big with a shiny fur.

“Could I tear him apart?” the Wolf demurred.

“The strength is too much that he owns.”

So he took to coaxing,

he complimented on his top-notch tummy.

“My friend,” replied the Dog,

“You could be a fatty hog as well,

if you join me!

Your kind in the forest is all nuts,

searching for food night and day,

their scruffy skin hanging on their bones like drags.

No safety, no peace…

But who comes with me will have a splendid fate!”

“What would my job be?” asked the Wolf.

“Nothing too heavy, just a bark here and there,

to fawn upon the master of the house,

your payment will come accordingly:

all the feeding, chicken bones and dove wings,

The Wolf is almost crying with the

prospect of such a future.

But than he observes the solid

worn-out stripe on the neck of the Dog.

The collar does that, which ties me up.”

“You’re tied up?” shrieked the Wolf.

“Good bye then! Eat as much as you want,

I do not wish to join your kennel

for all the lamb in the world!”

replied the Wolf and ran away.

Better starve free than be fed as a slave.)

Because it hisses and watches,

It’s kicking against it with nymph-legs,

press it to the altar with steely webs!

It’s kicking against it with nymph-legs,

never untie it’s waist, even if it begs!

it never wants to turn back

it’s bushy head to the halter!

(Even if it scratches and scrapes…)

It should burn long and pretty,

The sacrifice is not worth a penny

without the obedience of the wood.

Let it blaze in the fire of the burning bush,

(Love is passing by.)

it was cut out from by the blessig of the blast!

This is not a common fire!

It’s the flame of love:

No river may quench it,

no water can wash it away!

Bind me with ropes, 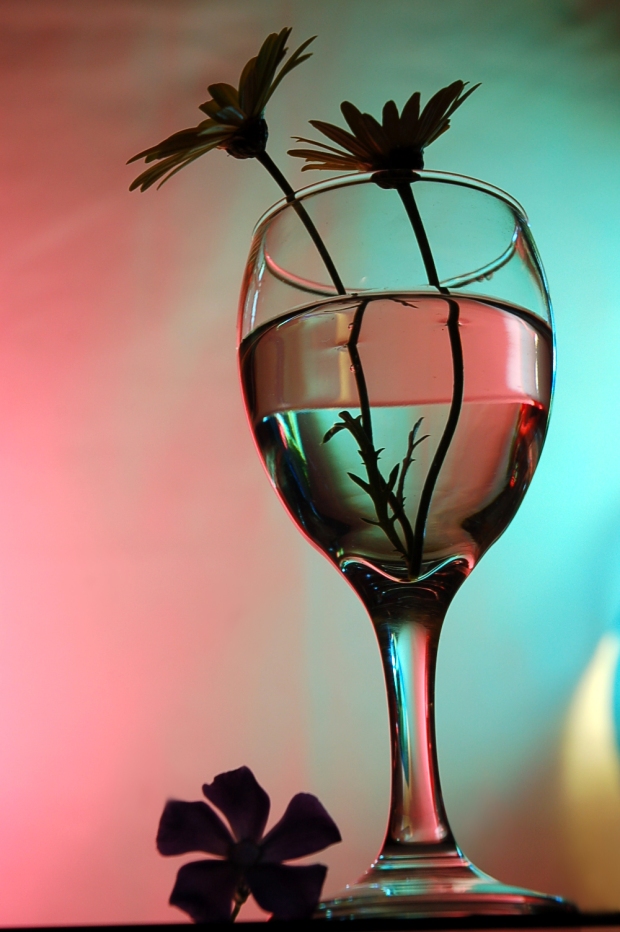 If I’d wash the glass from the inside,

it would be better.

It needs some washing in the outside,

but in it’s lair

I wipe it in vain with the napkin,

the inside’s clammy must.

If I’d wash the glass from the inside,

it would be better.

“What’s that you’re dragging behind you then? It looks just like a rope!”

(From the book: One Minute Stories, translated by Judith Sollosy)

Official Statement by the Society for Prevention of Cruelty to Animals

Thanks to a long and heated debate championed by the members of our Society, the Rabbit Stew and Fish Soup Plant has just inaugurated a new workshop dedicated to opening the newly sealed tins.

At the workshop which is called The Can Opener the newly canned tins of rabbit stew and fish soup are reopened, drained of liquid, and the chunks of meat and fish are reconstituted and taken back to their original habitat, where they are released.

We herewith wish to express our sincere gratitude to the management of the Rabbit Stew and Fish Soup who have at last come to understand the true meaning of humanitarianism.

(From the book: One Minute Stories translated by Judith Sollosy.)

The lad went, went, wandered in the thick forest. As he was walking he met a horribly big black bear. He wanted to run away but the bear said to him: „Wait, hey, don’t run away, because I have business with you! Do you know, who I am? I am the brother of the giant you have blinded. I could kill you, but I will spare your life. But I’m telling you one thing: you should not dare to get married ever in your life, because if you do, no matter how far away you are in this world, I will find you and you will die a terrible death.”

The lad swore that he will never get married, how could he, when he has nothing on this planet. Then he went away sadly. Oh, he was so sad, because he thought: „What is my life worth if I can never get married?”

He went, went, reached the end of the forest, and there he found a house. In that house lived a widow with her daughter. He went in, greeted them, and the woman asked him what was his business.

„My dear Aunt, well, I’m looking for work. Could you hire me as your servant?” answered the boy.

The widow liked the boy and took him in as her servant. One year passed, two years passed, and t  elad was still living in the house of the widow. He couldn’t leave them because he had a great crush on the widow’s daughter. The girl loved him as well, and the lad one day came forward and asked her hand from the widow.She said she didn’t mind, if they love each other they sould ring the churchbells.

The lad forgot in his ardent love what the bear said and made a big wedding feast, buti n the middle of the celebration he suddenly heard a terrible growl from the door. Why, he was so frightened! This is the bear! And endeed, it was him. He was pounding along in his direction.

The lad said to his betrothed:

„My love, we have to part ways. I forgot, that I am never to get married in this life. That bear, who’s coming this way, is about to kill me.”

The lad cried, the girl cried, the said their goodbyes, but in order to always remember each other, they tore one ring into two and one handkerchief into two. The girl took half of it, half of it the lad, and that’s how the lad went into hiding. He said he was going to the end of the world.

But the bear yelled after him: „This time you were saved, but be careful, because I will find you, even if you hide under the earth!”

He threw about one-two stacks of hay again and let his sheep eat it all. Next morning came, and the giant was there as well. He yelled from afar:

„Quickly, lad, quickly kill thirty-three sheep and one golden wooled ram for me, because I didn’t eat breakfast today!”

What could he do? He killed thirty-three sheep and the golden wooled ram as well. The giant ate all of it in three bites and walked away merrily.

He had thirty-three sheep and one golden wooled ram left exactly. His heart wept when he looked at them. If the giant eats these as well, he can go out into the world lonely as one finger.

The third morning came as well, and the giant arrived, shouting from afar:

„Hey, lad! Are those sheep still alive? Kill them all in an instant, because if not, you will die a terrible death!”

The lad begged him, implored him to leave that small flock alive, but the giant didn’t want to leave him one sheep-tail.

„Hey, do you hear me?” said the giant to the lad. „Don’t stall for time! Tear the sheep out of their skin at once! If not, I will mock you to death!”

The lad killed all of the sheep, the ram as well, threw the huge amount of meat into the cauldron, and stirred it, stirred it with a long staff bitterly.

Suddenly the giant, (who knows, what he was thinking?), lay down near the fire and fell asleep.

„Why, just wait, you godless monster,” thought the lad, „I know one thing: you will not eat from this meat!” Then he took one spoonful of grease out of the hot cauldron and threw it on the eyes of the giant. The giant cried a horrible cry and sprang to his feet.  He treaded here, he treaded there, he wanted to trample on the lad somehow.

„Why, you little mite,” cried the giant, „you have taken my sight but be careful not to end up in my hands because then you will suffer!”

He walked here, he ran there, he circled around, but he didn’t have enough wit and sight to catch the lad. The giant thougth: „You will never-ever in a million years catch him this way, silly! You have to do it with brains!” He started to butter him up, fawningly ask him to take him here and there if he blinded him wickedly, and with sugary words promised him he will do him no harm.

„I will not take you anywhere!” said the lad. „You would like to eat me as well, wouldn’t you? Well, you will certainly not!”

The giant said: „I can see, that you are not easily outwitted, shepherd boy! Fine, go with peace! But since I have eaten your flock, I don’t want you to suffer, I will give you a ring, put that on your finger, and you will see how useful it will be to you when you’re on your own in the world.”

The giant threw down a ring to him, and the lad quickly put it on his pinky finger.

Well, as soon as the ring was on his finger, it started to yell:

Hey-ho! The lad was alarmed, because the giant started to come in the direction of the ring’s voice. Well, what should he do? The blind giant will surely trample him to death! He tried to take the ring off, but that stuck to his finger like a leech and he couldn’t take it off. What could he possibly do? He suddenly took out his pocket-knife and cut his finger off. There was a fathomless lake nearby and he threw his finger with the ring into it. The ring was yelling even in the lake: „Here, here, blind giant! Here, here, blind giant!”

The giant went after it, and he suddenly stepped into the fathomless lake. He sank and he never saw the blessed sun of God again.

„Well, I don’t have to be afraid of him anymore” said the lad. „But now I have to go alone into the world.”